“You want to learn how to write.”

“No sir. I want you to teach me writing.”

He stopped sipping and set the drink down. A cloud of gloom lingered in his eyes. The cup began to jitter atop the wooden surface of the table, the drink’s surface vibrating as if whipped by a wind. The silence got so cold I could feel it chill my bones. Outside, a dull sun towered above the buildings, accompanied by wraps of grey contrails. I could hear the distant hum of a mower, softly, like a choir of buzzing bees.

“Sixteen,” I said. I’d learned, by reading his works, to maintain brevity. Statements like ‘I am sixteen years old’ were windy, boring.

“Do you intend to go to college?”

“Are you writing any exams soon?”

“I have the next six months free, sir.”

He sighed. “Do you have a mother?”

And so, my composure melted into sweats and snaked down my skin. The air suddenly grew hot. He held my stare still, those foreboding glints lightening the creases of his eyelids and eyebrows.

I was out of his office an hour later.

I would later learn – not from him – that he’d tabled the last question because he cared. He cared mother would be punished as a result of my depressing moods and the atmosphere of negativity that came in the writing package. I would learn too, that the art of writing could not be taught. It could, at best, be transferred. At worst, the unsuccessful writer would spend his last days contemplating the best way to depart.

But those are the things I learned. Learning.

There are some things I discovered, albeit between swigs of rejection letters.

This is the first post of the year, and as I sat to script, I considered how it would be to take in a sip of the first post from last year. Everybody has a backstory, and though not all of it is interesting, some must be consumed just because…

So, here goes. Enjoy this excerpt from Catching Up:

The first page of ‘Lord of the flies’, a young boy with a round nose wakes and observes his body feels like a sauna. His shirt, torn, sticks to his skin like adhesive, and heat shoots up his leg. A voice calls out. He spins slowly. The lad who called is rubbing his cheek, stumbling towards the boy.

“Hey,” lad shouts. He’s struggling to cover the distance. Fats of flesh flap on both cheeks.

“My classmates, in school, they call me Piggy,” the lad whispers, “but it isn’t my real name.”

“Don’t shout. I don’t want the others to know.”

The boy stops. Arches eyebrows. “There are others?”

“A plane,” Piggy says. “We was on a plane. Excursion. The plane crashed.”

The boy looks around. Up ahead, there’s a vast emptiness, bordered by a calm sea to the left and swirling tall trees on the right. He assumes one has coconut – the one with broad, wretched leaves.

“The hostess said before everything passed out. Crash.” Piggy follows the boy. “You didn’t say your name.”

So now, over to the present. I am yet to flesh a story this year for I’m still considering some things. These things, on the surface, appear harmless, weightless even, like screws. Screws in a machine. Those types that are small and with a lot of spiral turns, hammered into place by a screwdriver. Say a generator with yellow skin, shiny like pearl, squatted into a steel cage. Say this gen has been powering the compound for hours and, one, two, four of these screws slip loose. The gen begins to gyrate, as if sucking in a tornado, until the twelve-year-old playing his sense off PES18 drops the gamepad and starts sobbing. His partner, befuddled, asks what’s up. Twelve-year-old says, “There’s an earthquake. O, there’s an earthquake.”

Screws. Very sneaky stuffs. I’m trying to keep my screws in place, adjust and rework my voice, style, and POV. Do I just keep at it the way I did last year, that beautiful manner that feels like a flood of dew? Or should I change styles? How about interests? Do I dabble into poetry? Stay in fiction lane? Mine from the field of creative nonfiction?

Aargh. The sun has set and a resolution eludes me.

For now, I think I should post this and do something else. Maybe play PES. Maybe design. Maybe set with the sun.

P.S: As is habit, the image isn’t necessarily in tune with the story.

P.S2: Share your views on this story? Thanks, huh. 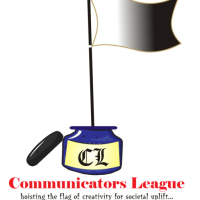 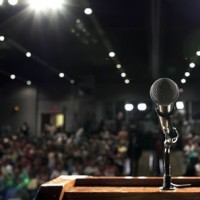 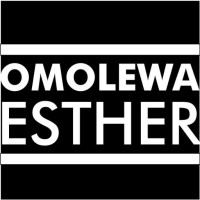